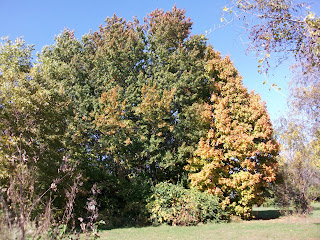 I can't wait until the color comes to my trees in the back acre. This was taken last year. We made a drive today to see what the hills looked like close to us. I guess you could say close we put over 180 miles on the car.Ha. I love going to Weston, Missouri to look at the shops, which aren't wheel chair friendly and Parkville, Missouri because they have a park by the river which allows you to walk along the river and it is easy to push a wheel chair. No hills to worry about. It is so peaceful and people are very courteous. I enjoy watching the river while we are walking with my husband in the wheel chair. The fall is when I love to travel because of all the pretty colors especially when the trees are at their best.
My latest two tea towels are done ready for the border. September's has fall leaves and acorns. October is for Halloween. I will post as quick as I get them finished which will be a little later this evening. Halloween reminds me that I have a friend who just put a concrete floor in his barn. We are trying to talk him into having a party before he starts putting everything back into it.
During our adventure today, we met a group of old cars, saw an old steam engine on an eighteen wheeler. I liked the yellow Gto Pontiac convertible. Guessing I would say it was in the early sixties. We never know where we are going or what we are going to see. We just take every day that we are given and make the most of it.
You all have a wonderful week
Posted by Shirley at 4:01 PM 2 comments:

The Starting of Fall 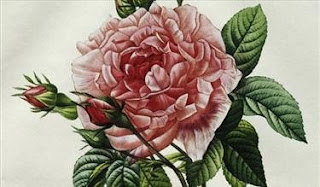 Summer is officially over and fall begins with the fall festivals. We just had ours in the south side of our town filling the park with crafts, food, fun, music and the Saturday morning parade. Just to drive by with the window down to smell the aroma from the food. It makes you hungry. There are many different crafts and you have to submit your work to see if you can get in. Maybe next year.
The weekend was absolutely gorgeous, but today was entirely different. We had rain all day and on the cool side. It was heavy rain at times, and then it would let up, but never entirely stopped. We will be down in the 50's, so it will be jacket time. The trees are starting to turn and get really pretty.
I had my first experience of having an auction right next door. They decided my drive-way was a great place to park. I have never seen so many Elvis records. He was a collector and at one point had his own antique store. He would do flea markets with his things that he collected. What I really would have like to had was his side by side refrigerator. It was less then a year old. Some things sold good and others didn't which is typical. He had some old children games in the original boxes, books, cars, trucks, glass ware, and I can't remember it all. We have a new antique mall going to open up in town. I am curious about it, but I haven't had a chance to check it out. They will have a lot of space that is for sure. My husband has even gone looking lately with me which is new. Usually he doesn't want to do that kind of a thing. It was surprising and an enjoyable way of spending a Sunday afternoon looking at things that brought back a lot of childhood memories.
You all have a wonderful day.
Posted by Shirley at 7:01 PM No comments: 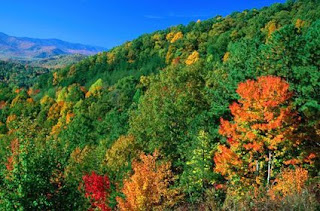 Fall is just around the corner according to the calendar, but I think it has already arrived with the leaves all ready turning to the reds, orange, and yellows. The picture is one that I found while browsing the Internet. It made me wish that we could take a trip down to the Branson area, but that isn't possible for a while.
We have had the cool temperatures of the morning to where you needed a sweater or light jacket to start the day getting into the 70's. It makes you wish it would stay that way all year long.
The excitement, I guess you could call it that, was this past week we had one arrested for drugs within a half of block from where I work. This morning one of the guys saw this girl getting into a nice looking car, and what brought his attention to her was the way she was dressed in black with a hoodie pulled so that you couldn't really see her face. It wasn't long after that she was seen sitting across the street behind a building going through a bag, tossing things on the ground. She got a way, but she had cleaned the glove box out of the car that she had gotten into. They didn't say what she got away with, the owner was at the restaurant having breakfast. We made sure that all of our cars were locked. Things are happening to close around us from house break-ins to a shooting at Wal mart in broad daylight. The Walmart is one that I go to at times during my lunch break because it is close.
We took a drive this last Saturday to look at the hills to see if they were were getting more color in them. I saw my life past in front of me because I had an idiot on my side of the highway. I set my car down and was praying the ones behind got theirs set down to. There was a possibility that it could have been a seven car pile up because there was two behind me and four coming from the opposite direction. I know that it unnerved me for a while. Our drive got cut a little short, because I just wanted to come home.
Well it is time for me to close for tonight, I hope you have a wonderful week.
Posted by Shirley at 7:38 PM 1 comment: 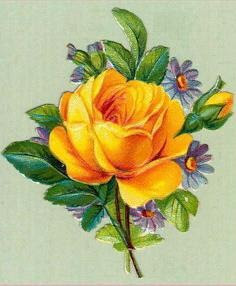 Labor Day Weekend. Three days of getting to sleep late and taking it easy. It has warmed back up, and the leaves are starting to turn. It is earlier then we have had in the past.
I have been doing some changes on my blog and ECS page. I thought I would give it a new look. I would appreciate you signing my guest book and let me know what you think of my changes. I always appreciate messages left.
I have had my first international sale. I was really surprised to see it this morning when I checked my e-mail. I went to the post office to check and see what I had to do and if there was any extra fees. Lets just say that this will be a learning experience. We all need to have a few of those along the way.
The month of August just flew by and now the first 5 days of September are gone. It seems to me that time is absolutely flying by. We have usually taken a small trip, but they have turned into drives over two lane highways looking at the scenery. We were in Amish country today. They were working in their fields with a team of horses. It reminded me of my childhood when we would go places in the wagon. We always went and picked corn by hand, then dad would bring the wagon with the horses to pick it up. We thought it was fun riding on the hayrack full of loose hay because we didn't bale hay. The first tv's, refrigerators, and washing machines were thought of as a luxury. I remember the wringer washing machines and the wash boardthat we used. In the winter months we, we used oil lamps and candles when we didn't have electricity. We always heated by wood stoves, take the irons that was on the stoves wrapped in paper to bed with us of a night to warm our feet. We always had a good time as we grew up.
I think we did more visiting with family then, then we do now. Today we always seem to be in a hurry. Have a safe weekend if you travel.
Posted by Shirley at 7:40 PM 1 comment: