HOT WEATHER IS BACK 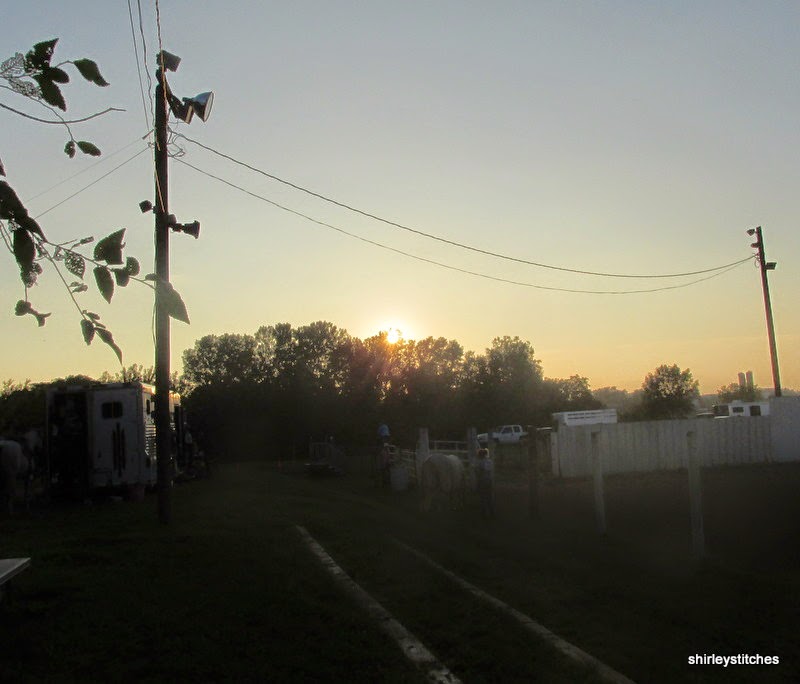 The sun was setting as the horse show was coming to a close. It was a beautiful day cool in the morning to where I wore a sweater until after noon. It was cloudy and damp that morning. We had cowboy church then it got started. Breakfast was a piece of black raspberry cheese cake that my dil brought me along with a cup of coffee. What a way to start the day. The cook shack had cinnamon rolls along with the hot dogs, polish sausage, and cheeseburgers and hamburgers. Even had a cherry pie which really went fast. 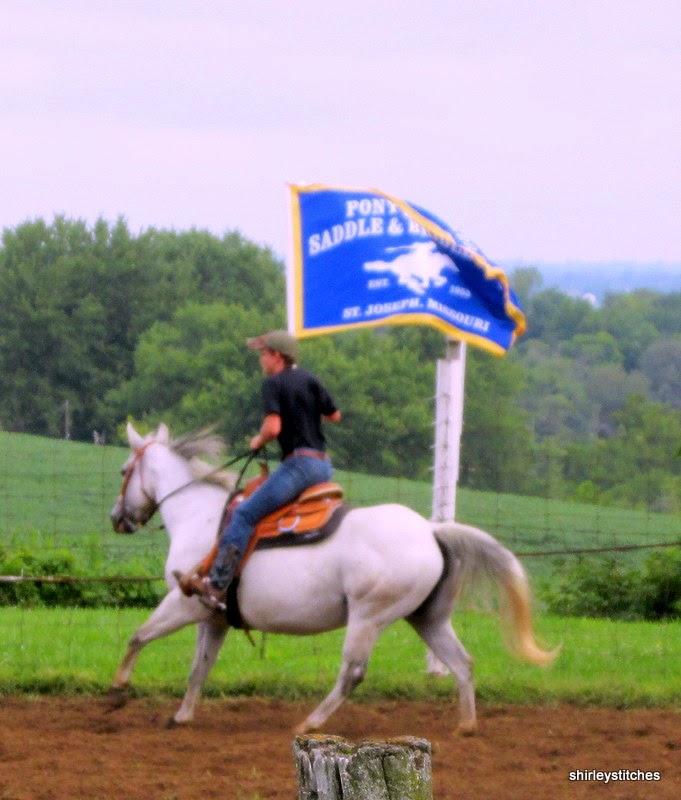 You could tell how the wind was blowing by the flag that my grandson was carrying. It makes it look good when they stand out like that. Cleo doesn't object to the flag nor does she object to running. He did games with her. His partner and him  got first place in team barrels. It was their first time of getting first place which made him happy. He even placed in egg and spoon. Little brother doesn't do that because he says there is just to many out there to try to hold his  egg and spoon and watch so he doesn't get ran over by another horse.
This is the first show that there was enough volunteer's so that dad could get into the act by showing Fergie in showmanship and Cleo in western pleasure. 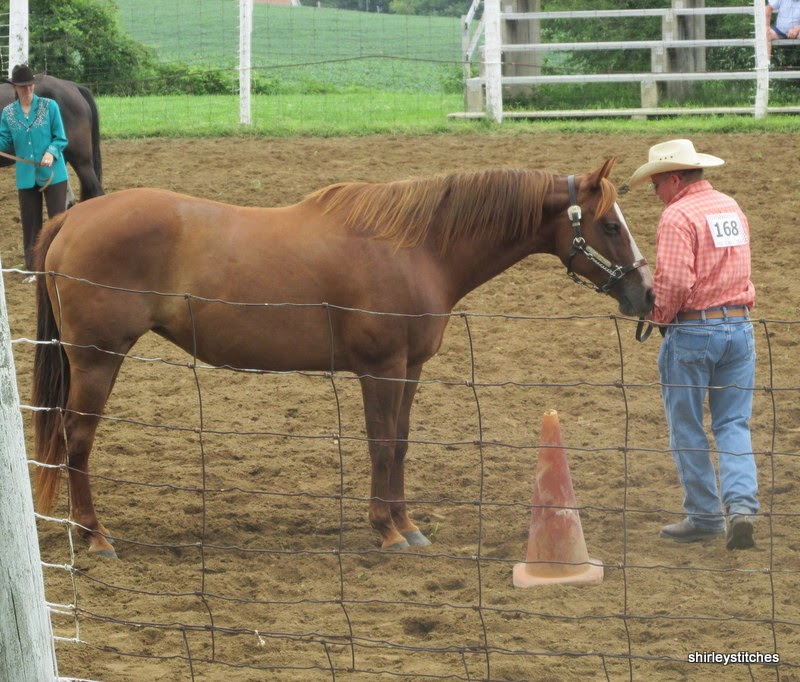 It was the first time that he had shown a horse in two years. There was a few parents that got into the act and of course the kids were cheering for them. It was a fun day for all.
His son was a little bent out of shape that dad was showing against him, but he got over it. Dad just wanted to ride something he hadn't got to do for quite a while because normally at a show he is the ring steward for the judge. 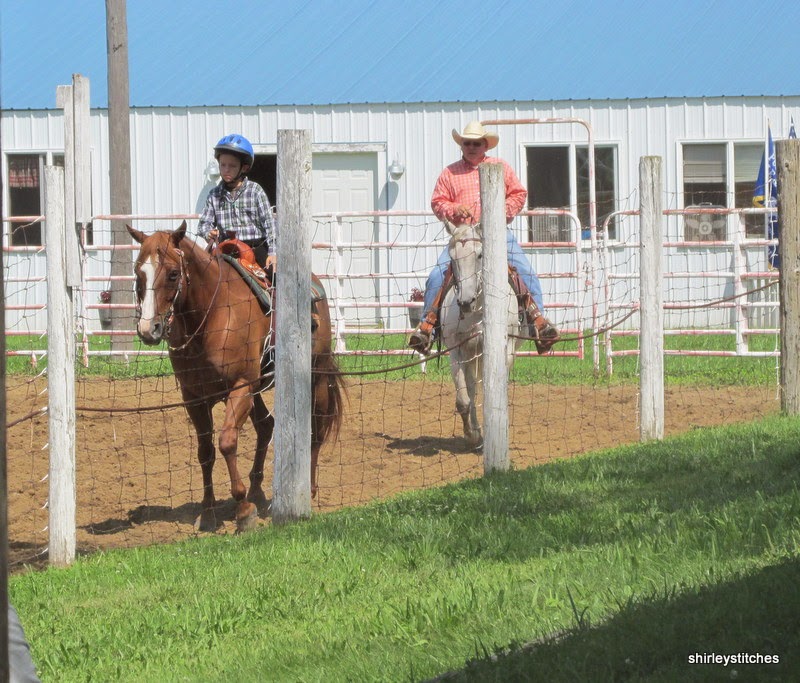 I had to show you a picture of father and son riding together. It is something that I haven't had the privilege of seeing before. Son gave us some excitement. Fergie bucked with him which is something that I had never seen her do. Still don't know why. His comment with a big smile on his face was "grandma, I stayed on". He had a bruise on his stomach today where he caught the saddle horn, but after he got her stopped. The one running the gate walked very quietly out and got a hold of Fergie's halter and walked him out of the arena. He got back on her later and rode some more. They wanted her to know she was not going get away with that. 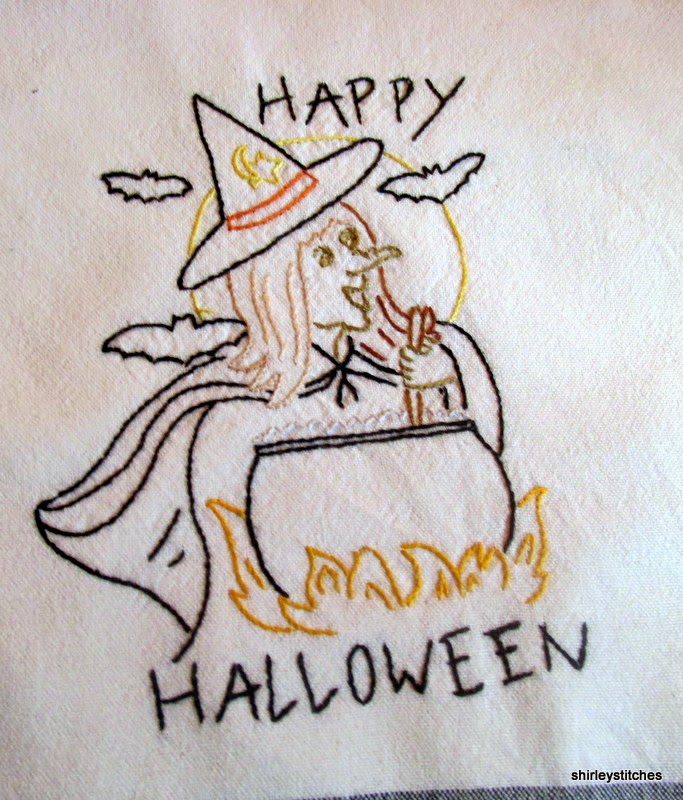 I thought I would show you my latest of the things that I have completed. My witch needs darker hair if I do her again, but she still turned out pretty well. I have been keeping the fingers busy so that I don't have the time to think about other things. I am working on a set of pillow cases. It is first one thing and another. I even made a small table runner using a tea towel and my horse pattern. I try to not make anything exactly alike.
The kids all started to school. It will take a little while to get back to a routine for me after spending time with them this summer. Last Thursday I spent the day with the older two and the evening with my youngest. I was amazed how much they are growing. My youngest grandson is  4ft 9in and only 9 years old. I know they grow up fast.  I need to bring this to a close. Have a wonderful week and try to stay cool. Take care. 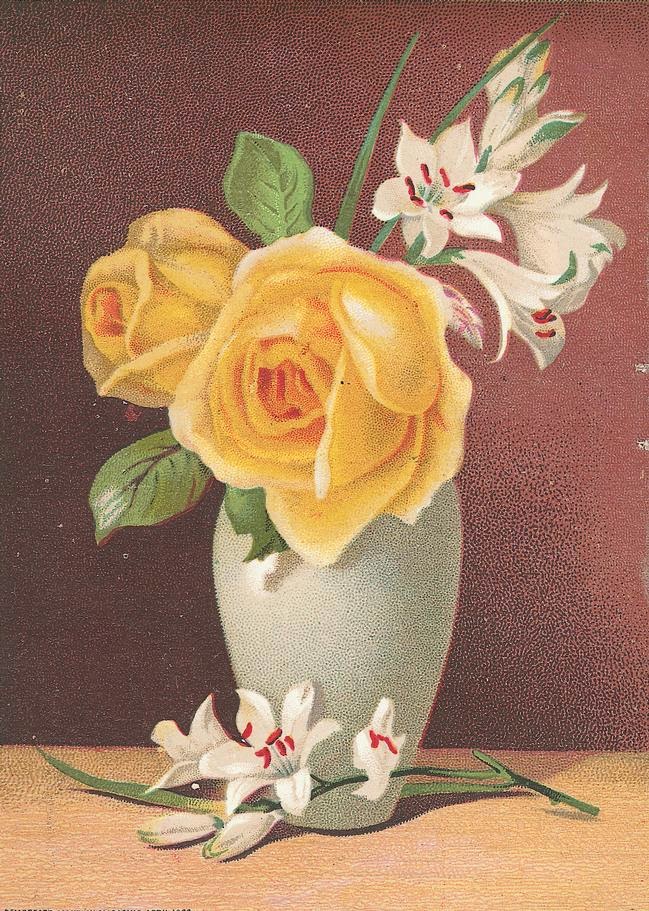 Are we sure that it is August? I woke up this morning to 54 degrees. I will take it, but then what is our fall really going to be like. The sun is shining today. Thursday will be the last day of the Chief's training camp in town. My youngest grandson got to go to their preseason game on his birthday. He was in the his height of glory. It was awesome he told me. It doesn't seem like he should be 9 starting the third grade this year. They just grow up to fast.
This week has started off a little different. I spent yesterday at home embroidering. Today I have a couple of errands to run and then off to the nursing home as the doctor is suppose to be there today. It always irritates me that they can make decisions by just reading the charts. He will be going down to the eye doctors this next month. He was my wake up call. If I don't have anything special to do, I stay up to late and then sleep late. Not a good habit to get into I know.
Our Trails West starts this weekend so  it will probably turned hot and we could even have some rain. That is the way that it normally does. I know that it is very expensive if you want to be a vendor. At least they have done away with tickets for the food vendors. That was such a pain because you never knew how many you needed. One day if you go between ll A.M. and 2 P.M. you get in free otherwise it cost 8.00 in advance and 10.00 at the gate. I think it keeps some people away that might go elsewise.
School starts this next week. I will have a Sophomore, 4th grade, and a third grader. It doesn't seem like they should be that old. Today, Matt goes to the ear doctor to see what they are going to do about the hearing lost. They say the dizziness and hearing lost aren't related. I just know that neither slow him down much. He has several trips to see the physical therapist. I don't think I am using the right word for exactly what she does, but he says that she is awesome. It is all that matters because if they like them they will do for them.
I am going out to their house tomorrow and Thursday to be with the boys before they go back to school. I won't know what to do with myself while they are in school. Haha. I don't think I will spend every day at the nursing home because then he expects it. I need some "me" time every so often. Then I have my doctor appointment the last week of the month. It is just follow up nothing wrong, just making sure the medicine is doing what it is suppose to do. I had my eye doctor visit and they are doing nicely. I don't have to go back for a year. He gave me some new eye drops to try. They are seeming to do a better job.
Next two weekends are the horse shows that got rained out so I will go watch them ride. I will deliver a custom order on Saturday to a lady who's daughter will be riding so I will probably watch for a while, but if it is hot and they aren't riding then I probably won't stay that long. I know they will show on Sunday because that is our show.
We will have cowboy church before they start on Sunday. Then their will be breakfast items they can get from the cook shack. It will be a fun time.
My lady from Springfield liked my work and bought 3. She was up to visit with her friends that she went to school with. It is their 50th class reunion. I don't want to think about how many years we have been out, but more then that.
To all of those who need special prayers and you know who you are just know that you are included on my list. Especially those suffering from that nasty word Cancer.  Well I need to get to going to run my errands so you all have a wonderful day and take care. 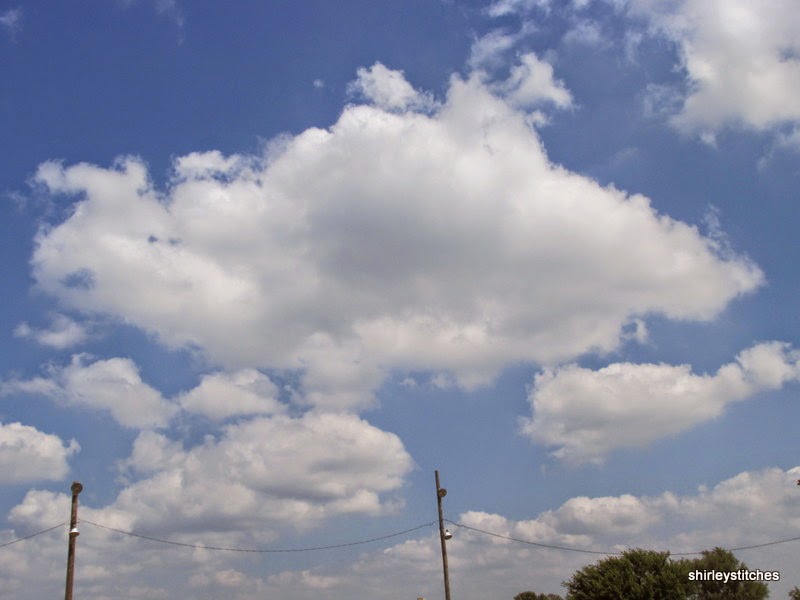 Family is very important in one's life because you never know what will happen. We had my family reunion over the weekend. There were eight out of ten brothers and sisters with our extended families there. You think that you have problems, but there is always someone, who has something worse that I feel thankful that hubby doesn't have. My brothers and sisters range from 80's to my youngest sister being 60 so you know none of us are spring chickens.
I think that I can deal with most anything excepting Dementia, which my one brother has. He still driving his car and I think he needs his keys taken away. They say he doesn't go far, but he could get turned around and you would never know where he would go. I don't think I could handle that at home. I think it would put to much stress on me.
The youngest of the extended family was 11 months, but it was a very enjoyable afternoon. There is two weddings in the near future. One in October and I am not sure about the other one. The one in October there is three sets of families with that want to invite everybody. My niece said only if they want to pay for it. It is their only daughter. I am making a wedding present, but I have no idea if I will be invited or not where do you stop. Do you invite just family or what? I will just wait and see if the invitation comes in the mail. The other one is flying to Jamaica to get married and they will have a reception for them later.
What is with kids getting married outside of the US. Is it that much cheaper? Have we priced ourselves to high anymore? Is that why kids are just living together instead of getting married?
We had lots of food and probably ate to much. If you go away hungry then it is no ones fault but your own.  My oldest grandson was happy he was going to drive home. I went with my daughter and my youngest grandson. He wanted to meet his family. Lots of visiting, just not enough hours, but we have already reserved the same spot for next year.
Well I am off to see hubby this afternoon. We may have some storms later on. Just have to wait and see. Take care.