I know we are not the only place have really hot weather. Our humidity is so unreal which causes problems with the allergies. It is not a good time to have shingles, which I found out about this week. 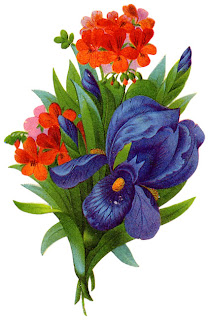 I have never had anything like them. I remember having chickenpox as a child. I remember telling my mom I just wanted them to go away. I guess I can count myself lucky they are not on my face. The pain is the worse because it is constantly there. I don't want pain pills because they make me unable to function. I have to be able to do whatever because I am a primary caregiver for my husband.
I haven't been able to do some of the things that I normally do, but it has to get better. I have been researching everything I can find on the subject.
So much for that. I wanted to start a new project something that I have never tried before. It is suppose to be really easy, but it will have to wait. I just don't have the energy right now. I fell asleep in the chair last night which is very unusual.
I did get three new tea towels done before all of this happened. I just have to put the border around the edge of them. I will be giving you a peak as soon as I get that done so you can give me your opinion as to what you think of them.
Try to stay cool and have a great weekend.
Posted by Shirley at 7:45 PM 1 comment: 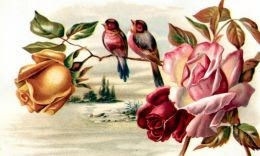 Summer is officially here. Father's Day was warm, but nothing like today with the temperature in the 90's and the heat index in the 100's.
Father's Day, we went to our son's for a cookout. We had salad, steak, pocket potatoes, apple crisp, and peach pie. It was all yummy. Of course, we always enjoy seeing the boys. Matt sings when he thinks you don't hear him. His girlfriend is Taylor Swift. If she is on, he just sings along with her.
We picked up a car seat for the week in case of an emergency. Daddy had to go to school for a week for his job. We probably won't need it, but I would rather be safe then sorry.
I don't like the hot weather because I come home with headaches from going in and out of my office which is up stairs. I have to go downstairs into the shop area and then back into air-conditioning. It really tells on you. I drink more water because I will get lectures from all of my kids if I don't.
We did our exploring on Saturday. I didn't find what I was looking for, but we did find some neat shops in the Kansas City area. We found a really neat quilt shop, but I have to get some of my projects done before I take on anything else. We had rain pop up, even some heavy rain, but luckily we didn't have any severe storms. We have been lucky so far lately.
Have you ever stumble on to a web site that was really neat, but you got side-tracked and didn't mark it so now you can't find it. You just get to go hunting again and hope that you found it.
I hope you have a good week and stay cool.

Posted by Shirley at 7:07 PM No comments: 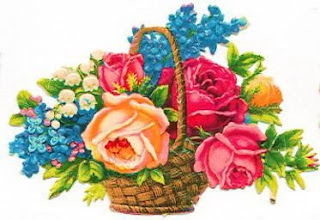 We have had crazy weather today. We hit the 90 degree mark with the heat index over 100 degrees. The temperature dropped over 15 degrees with the first round of storms moving through. We just had heavy rain, hail, lightening,and strong winds, but we are still under a tornado watch until 10 P.M. We will have another go around later.
It was pouring down rain as I was leaving work. I felt like I just stepped out of the shower. I normally have a towel in the car, but it wasn't there today when I needed it most. I will make sure there is one in the back seat for future use. You ever tried drying off a little with paper napkins. That was all that I had.
We had a very busy weekend starting on Friday with a trip to the doctors office. Everything went well except hubby's platelets and white count has dropped. If it has dropped more when we go back, then we will start worrying and address the issue. The best part of the day was coming home and having an e-mail from Canada wanting to buy two of my tea towels. I ship free in the United States, but outside I charge postage. She like the last two that I had listed.
Saturday was my 50Th class reunion. The reunion was held out in the country at a restaurant called Country Bistro's. It was really nice using a country theme with farmland all around them. They had a real nice patio and courtyard I guess you would call it. We took the pictures outside, but ate inside. Their business is more into the catering and renting out their building for weddings, family reunions, business meetings, and etc. I got to see people that I hadn't seen since we graduated from school. We had so much fun looking at old year books and talking about the old times, our families, and grandchildren. We were lucky because our school was located on the college campus, so we got to use the college facilities. We got to do things such as swimming, learning to shoot a M-16, playing golf, archery, just to name a few.
They came home from all over the United States for this one. In the fall we will have a reunion for the whole school that is at the same time as the college has their homecoming. They will be honoring our class so hopefully we have a lot that make it back.
Sunday we went to our son and daughter-in-laws for our grandson's 10Th birthday party. He
wanted an ice cream cake. I played ball with the boys in the afternoon. We used a plastic bat and Whipple ball which couldn't go very far. It was fun and a surprise to the boys.
Today at work we lost out power for over two hours because a tree fell on a main line. It wasn't just us, but some of the out lying areas. They couldn't bring us back to fast or they would over load the circuit.
It is starting to lightening again so I better shut down my computer. Have a great day.
Posted by Shirley at 6:47 PM 2 comments:

A Bouquet of Flowers are a special treat after a trying day. We are in a storm warning until 10 P.M. The rain has started and hopefully that is all that we get. We are suppose to have some cooler weather after in the 90's today and it isn't even summer yet. 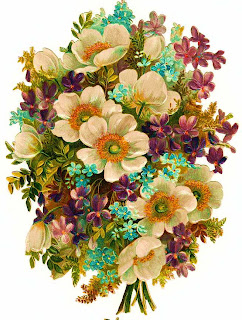 We had just begun to get ready to hall lumber to two new houses because the ground had got so they could finish pouring a foundation. One house has a drive that I wouldn't want to have to try to get up in the winter months, but the view will be absolutely beautiful seeing for miles in all directions. The deck will be on three sides of the house. It makes me think in a way of a wrap around porch, where you could set on it with a cup of coffee and watch the sunrise or the other side and watch the sunset. It makes you wonder how some people chooses their lots.
We made a trial run on Sunday to find where one of my husband's doctor is moving his office. It was farther then I thought, and I missed my turn. I thought I was going to get lost and have to back track. I was lucky because in the long run, the street took me to an area I was familiar with. I use to drive it all the time when our daughter was younger taking ice skating lessons. My daughter still talks about one trip where we saw the Dallas Cowboy stadium three times. You can not tell me to go east, west, north or south when I travel. You have to tell me to go so many blocks and then turn right or left. I get turned around otherwise.
We babysat our youngest two grandsons over the weekend and had a really good time. They play really well together and we even got them to take a nap. My daughter-in-law told them they had to lay down and rest after playing in the sprinkler. They didn't have to take a nap. but they did. It make grandma tired just to watch them. They are so much fun.
Posted by Shirley at 4:59 PM 1 comment: