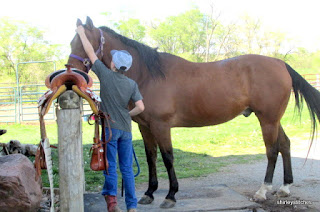 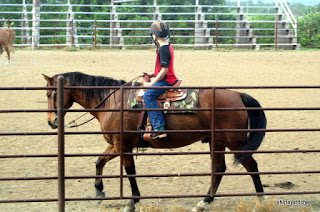 I did it. I actually walked down to the dining hall with my walker and set in a normal chair this morning with physical therapy. It felt so good to be out of the wheelchair for a change. I go to the doctor tomorrow to see the progress that I have made and what our next step will be. I will find out about whether we are replacing the knee or not. The two surgeries have been just getting my leg ready so the knee would have something to rest upon. I, also did 1035 steps on the nu-step machine this morning. My leg is a little sore which I knew it would be with everything that I did. You don't know how much you can do unless you try to do it.
My grandson and his horse Hot Rod technical name is Don't scratch my hot rod. They have really bonded in a short period of time. He showed him at State in Sedalia, Missouri bringing home an 8th place ribbon in showmanship. He looked so grown up. He went to the American Royal in Kansas City, Missouri placing 4th in one of his English Equation class. He has been riding Englis for a little over a month. I am so proud of his accomplishments. I got to go watch him ride this past weekend. I was exhausted when they brought me back to my apartment, but it was an enjoyable day.

Both of the younger two grandsons are trying band. Matt percussions and Ethan the trumpet. I don't know if they will like it or not, but they have to try and see how they like it. My family will be coming to where my studio apartment is where we have a room reserved. It will be the last time seeing my oldest for a while. He is going to the John Deere Technical School in Milford, Nebraska. He wants to work on farm equipment.
Hubby is doing as well as can be expected. It is hard to him because I am doing things that he can't-do because his one leg does not support him. Plus they don't really try to work with him and let him try to put weight on it and take some steps. Of course. it will hurt, but that is to expected. I have worked very hard to get to where I am and proud of my accomplishments, It has taken encouragement from other people to help me along the way. I admit there have been times I just wanted to tell them to go away, but I didn't because of what I wanted to be able to do again. Take care

It has been a while 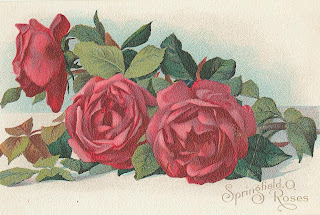 It has been a long time since I have been here in blog land. I have had a lot going on in my life. John is in hospice and has been almost a year with
his liver shutting down. We knew it was coming, but you never want to admit it.
I had an accident the 23rd of May where a car turned in front of me. The car was totaled and I got a broken leg out of it. I have had two surgeries on my leg. The last surgery was getting it ready for a knee replacement. If they had replaced it at the first surgery, I would not be able to walk. I found out that my car had two airbags. One in the steering wheel and the other underneath the steering column. They both went off. I was told if the one under the steering wheel hadn't I could have lost my leg.
I spent almost a 100 days in a nursing home. Now I am living in a little studio apartment because I can't go home. I still have physical therapy. I haven't been able to put weight on it until the 17th of August. I have a doctor appointment this Thursday to see what the next step will be. I want to be able to walk again. I got to start putting weight on it the 17th of August. The best news was I could actually have a shower that day for the first time since the accident.
I am bound and determine that I will walk again. Hoping to get so I don't have to use a walker. The nursing home was an experience. Now I live in a furnished studio apartment where everything is included except your phone. The meals are better balanced than what we had in the nursing home.  My hubby misses me and I have to rely on others to take me to see him.
The kids are hoping that I like here well enough that I will stay here and sell the house. I don't know what I am going to do yet.
My oldest grandson starts his tech schooling on the 3rd of October and we are having a get Sunday evening with him. My Middle grandson has now got a horse of his own called Don't Scratch My Hot Rod. He has done well this year with him. My youngest, who I have to look up at now, is involved in boy scouts.
I am still doing my embroidery. I will try to be back a little more often. Have a great day.
Posted by Shirley at 8:24 AM 12 comments: