Last weekend I did a craft show with my daughter-in-law. This was my table and a couple of 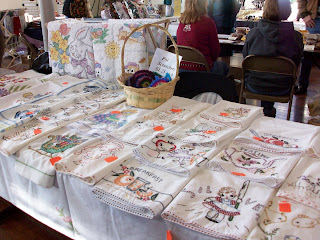 of my latest creations. It will give you an idea of what my tea towel will look like coming directly out of the dryer to take to the craft show. I worked late because I wanted them included. I had such a good time even though I didn't make a lot. It was a day away from everything else. I met a really nice lady who makes purses. I have not been able to find one that would fit over the handle of the wheel chair that I thought I could afford. Well she made me one, with the handle long enough for the wheelchair. It seems that she has a niece who is in a wheelchair that she sews for. Amazing what you can learn when you visit with others.
Today was a quiet day for us. We had an enj0yable lunch at our local Cracker Barrel compliments of my boss, who had given me a gift card for Thanksgiving. He was going to give me a turkey, but it would take forever for the two of us to eat it. 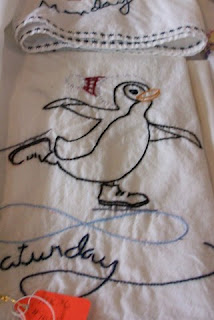 My daughter and her sister-in-law are getting up to go shopping early in the morning. You can't hire me to shop on Black Friday. There is nothing I want bad enough to fight the crowds n0r the traffic. I guess that is a sign I am getting old. Ha
I am going to enjoy the rest of my four day weekend and sleep as late as I can for a change. I hope you all had a wonderful day. 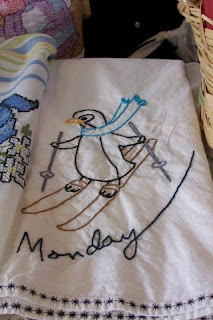 MEET OUR SENIOR TECH OF THE YEAR 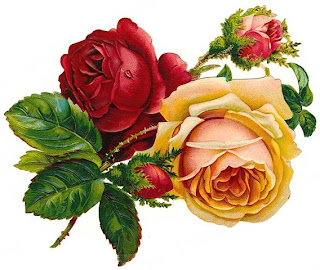 We are so proud of our daughter. She works for a company that is nationwide. She had told us that she had been nominated for Senior Tech of the year, which we thought was an honor whether she won or not.
She called yesterday all excited because she had just found out that she won Senior Tech of the Year. She has been with this company ever since she graduated from college with a degree in Construction Engineering. She has been on several projects, the last one is the power plant that they are building at Itan.
She, also, teaches a class at our local college. That way she can help maybe find students, who would make good summer time help.
They will be having a reception to giving her plaque which is misspelled and a nice check. It will also be a time for fellow employees to congratulate her. It is a honor also because of being nominated with a group of men and being the winner. It shows that women can fit into a man's world.
I must close because I am doing another craft show with my daughter in law tomorrow and I need to get up early.
Posted by Shirley at 8:15 PM 1 comment: 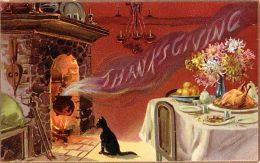 Thanksgiving is quickly approaching. It is a time for eating way to much and wishing that you hadn't afterwards. Ours will be a quiet Thanksgiving with all of our children going different directions. It has come a time in lives where choices need to be made instead of trying to do two to three places in one day. The boys are getting older and they have things that they want to do instead of traveling.
This past weekend we celebrated my brother's 80Th birthday. He is the oldest of ten of us. Being our parents are deceased, he has kinda appointed himself head of the family which is fine. He had triple bi-pass surgery earlier this year which has given him a new look on life. To look at him you would not believe he is that old. All of his children, grand children, and great grandchildren were there. Some I hadn't seen for quite a while. It was a fun afternoon which the time went by way to fast. We came home in the sleet and rain. The wind was blowing and really made it cold.
Monday started off with sleet, rain, and then snow. The snow hasn't lasted long, but it has been very cold and damp. It makes the bones hurt. I already have made arrangements for my snow removal this year. I don't have to call him, he just puts me on the list of his snow removal customers. I really appreciate not having to worry about it. It is funny what we don't want to be bothered with as we get older. I know I keep getting told you are only as old as you feel. I want to wish everyone who visits a Happy Thanksgiving. I must get back to my embroidery for it has to be done by the weekend.
Posted by Shirley at 7:47 PM 2 comments: 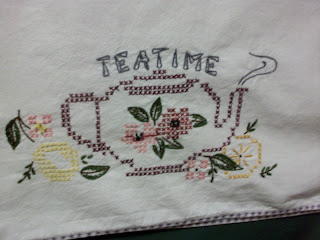 These are three of the latest tea towels that I just recently finished getting ready for the craft show. I found the Vintage Patterns in a box of patterns that belonged to my mother-in-law. They had never been used and the package said a dime for the cost. That is how old the designs are.
I have two left to embroidery out of the set. It has been my stress reliever the last week and starting of this week. We have had some rain this evening and they say a cold front is moving through. It hasn't rain hard just enough to require the windshield wipers.
We were out long enough to go to Walmart after supper for a few items. 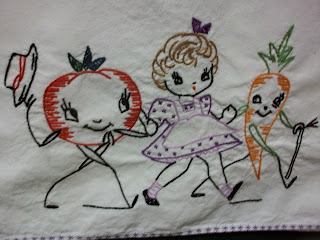 My grandson said that I had to have a turkey . 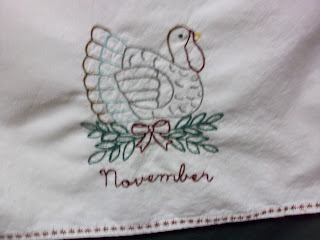 This will give you an idea of how I unwind. If it is a pattern that really holds my attention I have been known staying up late and seeing how much of the design I can get done. Well you all have a wonderful week.
Posted by Shirley at 7:20 PM 4 comments: 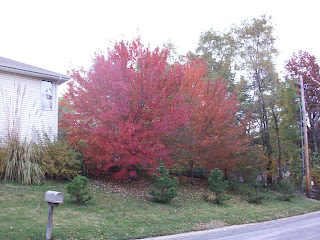 This is my neighbors tree which was so pretty. I was amazed at the color this year of the trees. We didn't get to take our trip in October like we normally did. It had to be postponed and we will be staying closer to home at the moment with everything that is happening.
We went to see our oldest two grandsons. I got their sizes so that I can start my Christmas shopping because it well be Christmas before we are ready for it. I do it gradually so that you don't spend big amounts all at once and it works better with the budget.
We have had such crazy weather lately. The temperatures the last two days was in the 70's. Yesterday was the best of the time.
I got several of my new tea towels done. They are in the dryer at the present time. When they get dry, I will be pressing them and taking pictures so that I can post my latest ones. It has been a stress reliever from this past week. I have learned more about asthma attacks and how they can make you think you are having a heart attack. Our oldest son has chemical asthma and ended up in the hospital with it. They ran test and they found no problems with his heart. They had to be safe because heart problems is in the family history.
I will be doing a craft show this weekend. It is the first one that i have done in a long time. It is at my grandson's school so it goes for a good cause. It is time for me to say goodnight because tomorrow is another work day. Everybody have a good week.
Posted by Shirley at 7:35 PM No comments: