FEW CHANGES SOME GOOD AND SOME QUESTIONABLE. 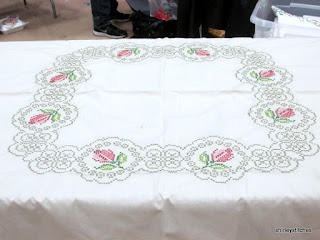 We went to see the Liver doctor this past week. We had some changes for example of getting him physical therapy. If he can't move his legs and arms, then they are to physically move them for him. He is to have gylcernia {sp} with his meals so if he does not eat what they fix at least he will have something to off set his insulin. It will also help to build back some things that are low that he needs to help his open sores on his arm heal. I still don't believe what they tell me about them. It starts like a bruise then opens up and bleeds. We go forward and then backward. They put him on cough syrup because of the coughing he started not even two days after we  were at the doctor's office. You wonder what will happen next. I know that I wonder what has happen to common sense. If someone is sitting by the bathroom door in a wheelchair, would common sense tell you they needed to go if it is by the nurses station.
He did walk today while he was at physical therapy which we will take every step that he can make. He plays out, but then I would too if I hadn't been able to exercise. You need some every day.
The picture above is the center of my table cloth that I finished. It is ecru in color with scallop edges. It has roses in the corners and the middle along the edge. I came across it when I was looking for something else so I finished it.
I went to my youngest grandson's ballgame Saturday. They won and he had quite a fan club watching. He is so happy because he gets to be on the school patrol in the  fall. He is learning how to do it right now. I get to take him to school this coming Thursday for his mom. His other grandparents have a doctor appointment.
My middle grandson gets his hearing aid tomorrow. They  hope it will block out the constant ringing he has right now. He is learning to lope and he says that he is doing good. I will be anxious to see him do it They are having a clinic this Saturday. I will probably watch for a while then I have a ball game. I am going to be a busy grandma. He is going to summer school and excited about it. He gets to pick out his locker, plus it will help him know where his classes are going to be in fall. It will give him something to do for a month. We will be hanging together again this summer.
My oldest will be working in the hay fields. He gets to help with the mowing and raking. He got his truck fixed. It turned into more then they first thought, but by doing it at the shop at school. He only had to pay for the parts. His instructor was supervising.
My fingers are busy to give me other things to think about. The storm went through fast last night. We didn't get much rain, but they have forecast severe weather for tomorrow. We shall see.
Hope all is well with you all. Take care. 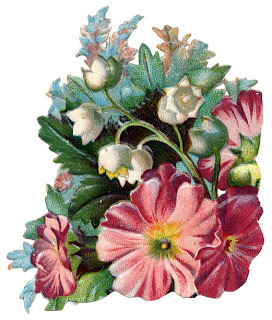 Life isn't always easy when you are a caregiver even when someone else is taking care of your love one. How to make them listen to your concerns and give you answers and just not lip service.
You really wonder just why some people have gone into the business of taking care of people. Some sure don't like cleaning up after accidents in the bed when they don't get there quick enough to get them to the bathroom.  Last night, he was sick and they got to deal with it. I went to get his medicine that he needed that was on the table in the dining area. I didn't want it thrown away because it is very expensive.
I had a couple of days that I got a break with picking up one of my grandsons after school. Mom was gone and dad couldn't get in town quick enough to get him. I don't have a problem with helping  when needed. My oldest grandson and his mom went to check out a technical college that he was interested in. He did all of the driving for mom and he was a tired son when he got home. They were impressed with the school they saw on their tour of the college. they were impressed with what they learned about the school with more paper work to fill out. It is instate so there won't be the added expense of out of state tuition. They start early getting kids signed up. In one area, they have 95 signed up, but only 35 will be accepted. It is not in the area that he is looking at. They were told if they weren't coming to class then they needed bother with the paper work. They are there to learn and be able to get a job when they are finished.  He takes his ACT this week. I am not ready for him to be a senior this fall.  He turns 17 this June. I remember being at the hospital when he was born. Of course you spoil them all.
My youngest grandson made the school patrol for the next school year. He is excited about it. He is my baseball player. We should soon have a schedule so I know when he is playing so that I can go watch.
My middle grandson is learning to lope which he has to do this year when he shows. I am looking forward to going to watch. The fingers are staying busy to help keep my sanity.
Hope all is well with you all. We have a doctor appointment that I hope I will get some answers and not just lip service. Take care.

UPDATED HAPPENINGS FROM MY HOUSE 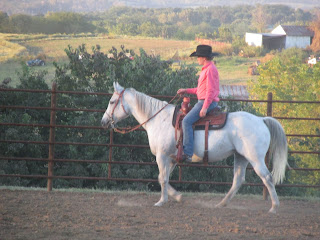 The ups and downs of life. Just when you think maybe you can breathe a little easier, you get thrown a monkey wrench. Hubby is trying my patience. His body trying to adjust to what is happening. The doctor says it is because he has had such high readings for quite a while and now they are much lower. Who is to blame for the readings getting out of control. It makes you really wonder?? He can be very trying at times and he won't remember any of it especially if he has been a sleep and you wake him up. They have to understand that this is not the norm for him, but whether they do at times makes you wonder. Today he has refused to get dressed or get out of bed. We go see the liver doctor on the 20th of this month.
The first horse event takes place tomorrow. It is called Reining 101 which is to give the kids an idea of what is involved in reining classes and to see if it is something they want to do. I am going to go watch because I want to know more about it and how it is judged so I can understand it better.
I had my lower GI on Wednesday. The prep for it was something else. They have changed it from what it used to be, but I got sick trying to drink the last of it. I am not the only one. Then there was a problem finding a vein because of being dehydrated. I know Tuesday night I sure didn't get any sleep. I didn't get to drive again until yesterday. My daughter kept my car and brought it home later in the evening. I will get the results on Monday about the polyps that were removed. The doctor didn't feel it was anything to worry about. I slept the afternoon away after she took me to lunch at The Corner Cafe and brought me home. I made up for the sleep that I didn't get the night before.
I have been working on another tea towel present. It will make the third one that I have made for nurses, It keeps the fingers busy and gives me something else to think about beside my other half who is being a pain today. I really don't know what to do with him at the moment. It makes me mad to the point where I want to hit him and I know that is not good. He won't try some of the things that I have suggested.
I have several things for later in the month. I will be staying with my middle grandson while mom, dad, and his brother go to check out a college where he might go to school. They start checking out colleges earlier now days. I guess I don't want to admit that he is going to be a senior next year. One morning I will have to take my youngest grandson to school for my daughter. Baseball season is getting ready to start for him. They are already having practice. There is only 22 teams in his age division. They definitely won't play the same team twice that is for sure.
Starting May 23rd I will be hanging out with my middle grandson for the summer. His brother will be working and he is not old enough to stay by himself even though he thinks that he is. It will be a fun summer for the both of us.
Well enough of my rambling. Take care.