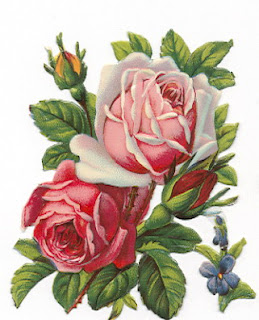 I hope everyone had a wonderful Mother's Day. If your mother is living, I hope you either visited her or called her on the phone. She is the only one that you have. I thought about mine today and know that she is watching down upon me.
My weekend started early with a ballgame on Friday night watching my youngest grandson play. It is the level where the coaches pitch to the kids on their own team and it was fun game to watch. After the game my grandson asked me to go to dinner with them. They took me to our 54th Street Restaurant for my Mothers Day Present. I hadn't been there for a long time.
Yesterday I spent the day watching my oldest two grandson's ride. It was so windy and even though they said supposedly that it was 62 degrees it was a cold 62 with the wind coming out of the northwest.The wind was really strong at times.They didn't wear their hats because you would have been chasing them. The show was just to get them warmed up for the regular show season with the first show that really counts is the first day of June. They wore hoodies to keep them warm and had their heads covered up. I was parked so that I could sit in the car and watch.They would come every so often and sit in the car to warm up.I would get out every so often to take pictures , which I haven't down loaded yet, as I was gone all day today.
I had supper with my son, dil, and two oldest grandsons this evening. Their dad cooked steaks, a container of potatoes, sweet potatoes, and onion all seasoned up all on the grill, then we had garlic toast, Brussels sprouts, fresh spinach salad, and strawberries and angel food cake for dessert. It was my Mothers Day gift plus a gift card to Joann's. He does a really a good job cooking on the grill .Of course, I had gone and seen hubby early in the day. He was cold and hurting so they gave him a pain pill then put him to bed. The pain medication put him to sleep. He slept the afternoon away and I was wondering if he was going to wake up when they came to take his blood sugar. I think the nurse was wondering too.
That covers my weekend and  it was all great. Have a great week and take care.

I am so glad your Mother's Day was spent with your family and good food.
Kinda chilly here too.

Eggs In My Pocket said...

Wonderful that you had a Mother's Day like you should! Hope your husband feels better.