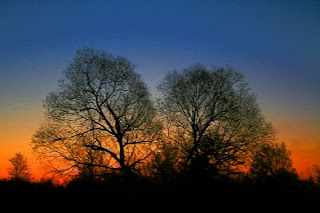 Our son left this morning on his new adventure to start a new job. He has checked in for the evening from south of Little Rock, Arkansas.
The drive wasn't to bad until he got there. He said that it was bumper to bumper and very hard to change lanes. He had planned on staying there, but decided to go on further south.
He has found out that he left his cell phone charger and the memory chip for his new camera at home. He figures he will hit up a Walmart  and be able to find both. He hopes to make it the rest of the way into Kinner, Louisiana tomorrow, which will give him a chance to familiarize himself with the area and locate the office where he is to report to work on Monday morning. He is wanting to stay in a corporate extended stay, but he has to have a couple of weeks pay stubs and some other stuff first. The apartments that he looked at is wanting a lease for a year, he doesn't know yet how long he will be there other then his trial period. I just know when I told him goodbye this morning. He was excited about the new adventure.

Our son's family went on a trail ride this past weekend on Saturday. It was a little cool in the morning, but in the afternoon they were shedding layers.  I laugh at my grandson Matt  because he was in the lead on his little pony. They were both exhausted at the end of the day. The morning part of the trail ride was over 5 miles. They think they rode close to ten miles. He is excited because he is having a friend spend the night with him. He didn't want a party, but to do like big brother did at his. His birthday cake was Cherry Cobbler cooked in the dutch oven over an open fire. It was served with ice cream and was really yummy.
My daughter-in-law is a very good cook.
Our weather has been up and down. We haven't got the rain that we need even though we had flood water all summer. We have had our first frost and it is 42 degrees as I am writing this post. It will be in the 30's tonight. I am not ready for the really cold weather.
Tomorrow is Friday. Hooray, Hooray, I am ready for the weekend. It has been a very trying week in more ways then one.
I hope you all are having a wonderful week. Take care.

I love the pictures Shirley!! Yes, Hooray for Friday!!!

Wishing good luck for your son in his new job.
Love the picture of the family riding. That little one on the little pony is just adorable.