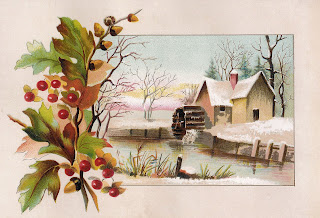 Since we came home from our mini vacation, I feel like I am on a roller coaster and can't get off. We did have a wonderful trip. Our son took us to dinner for our 48th anniversary. It was a celebration for him, also. He is starting a new job in New Orleans after being unemployed since December.
He will leave this coming Thursday. He can't go any sooner for he has a doctor appointment he needs to keep. He is going to try to find an extended stay motel to live for a while.They will clean his room, plus we have someone to see him that can let us know if he is having a problem.  He would like one of the corporate ones, but he can't qualify until he has a couple of weeks pay stubs and meets some other requirement. I wanted him to do one of those for with an apartment, most people want a years lease. He doesn't know how long he will be there. His trial period is for 6 months then he may stay there or go to one of their other offices. .
My oldest grandson is on cloud nine. He is getting a new horse. They went to pick her up today. We will get to see her when we go out Sunday for his brother's 7th birthday party. She is suppose to be well trained. He shows Western Pleasure and Trail Ride.
Dad and brother will show Cleo this next summer with brother on his new one. Matt still has to ride his pony to do the games. It isn't so far to fall if he falls off his pony.
The whole family will be together this weekend. That is whats important to me.  I know how I felt when I use to put my oldest on the plane to go back to his ship after being home on leave. I told him that is how I am trying to look at him leaving  We told him anytime he  wanted to fly home for a weekend some one would be more then happy to pick him up at the airport.
Work has been stressful this week trying to catch up and with one off sick again. May after his surgery on the 17th of next month he will start feeling better to where he can do more. I think I will try to catch up with some more of you before I call it a day. Have a great weekend.

As always...you are a busy girl. I'm happy you enjoyed Branson...I have never been there. And a big congratulations to your son and his new job...I hope it works out for the best.

Hope you are doing well and thank you for stopping by today, I love when you visit and fill me in on your life!

Hi dear Shirley, it does sound like a rollercoaster ride over there, you have a lot going on. That is wonderful your son has a job, yeahhhh.
You have a great weekend with your family :)

Hi Shirley. Thanks for stopping by COzy Blanket and for following. I will follow you right back. It will be fun getting to know you. Love your "stitches".
(((((HUGS)))0

Jil~Say It With Roses said...

Hi Shirley,
I read your last few posts so I could get caught up with you.
First I want to tell you how much I am enjoying the tea towel I purchased! I will be back shopping! I can not believe the price with all the sweet precise stitches. You even feather stitched the entire edging! You put hours into each piece. I know, because I embroider, too! I use it just for display and am enjoy it so much!

I am so happy you had such a marvelous trip! You both are so deserving....

I know what it is like to tell your children goodbye as they spread their wings to new endeavors! It is not easy, even when we are so happy for them.

Take care 'til next time!
Hugs from Michigan
Jil

I just got back from New Orleans. It's looking back to normal. They have lots of new apartments there now. So when your son is ready I'm sure he'll find a fantastic place. It's so nice to catch up with you! I'm so glad you enjoyed your trip!
hugs,
Caroline

Thinking of you... Thank you for your sweet comments... I love reading of your memories :)

I hope your roller coaster is slowing down now!